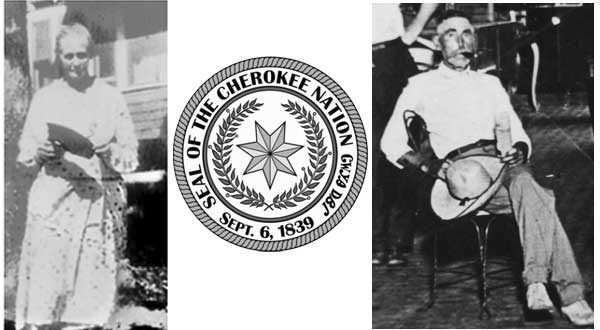 Louann Snider-Anderson, provided us with a brief account of her genealogy through the pioneer Snider family of Chelsea, Oklahoma.   The Snider family arrived in Northeastern Oklahoma in 1882, then Indian Territory. Their Indian blood is traced through Anne Claunch Henry ¼ Indian.

Thomas Henry and his brother Patrick were in the mercantile business in Guntersville Alabama.  On April 23, 1864, during the United States Civil War, at the age of 27, Thomas Benton Henry was killed. The family of Thomas recalled that he was sick and in bed when Union sympathizers came, took him outside and either shot or hanged him in front of his wife Elizabeth.  Elizabeth Finley-Henry died on May 17, 1870, in Henrysville, Alabama at the age of 29.  The Henry children, Jerome Cornwall Henry and Anne Benton Henry were then raised in Alabama by their uncle, Isaac Henry. Records show that Isaac never married and was a half-brother to

Anne Benton Henry attended the Nazareth Academy, a finishing school for young women, near Bardstown, Kentucky, from September 18, 1878 to June 24, 1880. She excelled in all the skills that were expected of an educated woman of the time which included, Chenille Embroidery, Silk Embroidery, Tapestry, Crochet Work, Point Lace, Darning, as well as Penmanship, Reading, Orthography, First Grammar Class, History, Natural Philosophy, and Neatness.

The 1883 Henderson roll of Cherokee Indians wanting to come to the Cherokee nation in Indian Territory, lists Anna Benton Henry, Jerome Cornwall Henry and their Uncle Patrick Henry.  A document found in the   Fort Smith Arkansas, library provided documentation of Anna B. and Jerome C. Henry’s enrollment as Cherokee Citizens on September 22, 1883, Case # 183 of Cherokee Docket books (1883-1884, 1887-1889). The Henry’s trace their Native American ancestry through their grandmother, Ann (Claunch) Henry.  Anna is listed on the Dawes Roll as one sixteenth Cherokee, (Dawes Roll # 13040)

The Henry’s traveled to Tahlequah, Indian Territory the week before September 8, 1882.  Anna Benton Henry Married George Mitchell in December of 1884, in Oaks, Indian Territory.  Records show that she divorced Mitchell on January 23, 1888.  An Affidavit for a Veterans’ widow pension dated September 11, 1929, documents a discrepancy in the marriage date between Anne Henry and George Mitchell.  It gave the year as 1880, in Oaks, Oklahoma (I.T.). Another discrepancy in the 1883 Hester Census of Eastern Cherokees lists Annie B. Henry, roll # 2855 and her brother Jerry C. Henry, Roll No. 1854 living in Henrysville, Alabama.

Jerome C. Henry was a teacher at Wards grove and Adair Cherokee Nation.  He died in 9 October 1899 at Adair Cherokee Nation, Indian Territory. He married Florence Reed on 11 June 1889.  To this union was born 3 children, a daughter Hugh Muriel, sons Wilburn Watterson (Watt) and Jerome, who died at age 1.  Watt became the owner of Automobile agencies, in Miami, Nowata and Watt Henry Pontiac in Tulsa Oklahoma.

Records show that Anne Henry bought Joe McSpadden‘s Place from Richard and Hattie Prather on January 9, 1889, for $800 dollars.  It was located on the East side of Pryor creek, one mile southeast of Chelsea, Cooweescoowee District, Indian Territory.  It consisted of one dwelling, horse, barn, and about 200 hundred acres under fence.  Also, all improvements consisting of about 5 acres under cultivation situated south of and on the same side of the Pryor Creek. The source of this information was from a sale document in the Oklahoma Indian Archives, Oklahoma City. This later became a part of their Indian allotment. 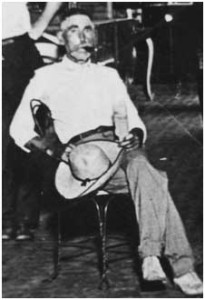 An affidavit is recorded that states Anne Henry and Hiram Snider obtained a divorce in Federal Court at Vinita and lived apart for three years. They remarried in 1894, at the home of Reverend R.C. Parks.  Mrs. R.C. Parks signed an affidavit to this effect. Hiram served as a Corporal in the Union Army in Company A of the 35th Indiana Infantry during the Civil War.  The progeny of this marriage included five sons of which the first born died at birth on January 5, 1892; Thomas Benton, born April 2, 1893, Perry Edwin, born December 31, 1895, Jerry Russell born December 19, 1897, and, Walton Isaac, born September 18, 1899.

Hiram Snider wrote many poems about WWI under the pen name of Si Long Hiram Russell Snider  for the O’Bannon feed company and the Claremore Progress,

Here are two of his poems

Well, the man without a country

At last has got a chance,

He’ll not be disinherited,

If he’ll get in the trench and dance,

But he must show the metal

Of which Americans are made,

He must shoot right from the shoulder,

Or labor with a spade.

Uncle Sam is quite considerate,

He treats all his boys alike,

So a man can have a country

It is his heart’s desire,

If he only shows a willingness

To stand right up and fire.

That is foreign to our shore—

If a man is not a German

We will love him all the more;

If he will just join our army

He will have a country soon—

If a German shell don’t get him

And blow him to the moon

But in case he has a blowout,

Or gets a puncture soon,

He then won’t need a country,

But will live up in the moon.

And when St. Peter calls him

He’ll be “Johnny on the spot.”

He’ll play a harp in glory.

When The Germans are forgot,

Printed in the Claremore Progress

Today we greet our brave defenders,

Called to arms by Uncle Sam

What they may do to the Kaiser.

For our hearts are torn with anguish.

As we bid our boys God Speed:

Who bare their breasts to German bullets,

In their quest for power and greed,

Sure this is a sad meeting.

Form our loved ones we must part,

Ever linger “round our hearts.

For we know that in Battle,

Many brave men there will fall,

Torn by shot and shell and sickness,

Who are answering now the call,

Good bye, boys, may God be with you

As you enter in the fight,

For we have his precious promise,

He will ever shield the right.